Culture and rhythm of the world workshops

Brazilian percussions, also known as batucada, come to us from Brazil! “Batucada” is the beat in Brazilian. Born in Rio de Janeiro, at the beginning of the 20th century, this musical style mixes African, Brazilian and Indian influences. The musicians of Saya Production will share their knowledge with you with passion … You will learn more about the birth and history of their instruments as well as their repercussions in Brazilian culture. Participants will experience simple rhythms (samba, afro-focused, reggae) in a playful and joyful atmosphere, worthy of the Rio festival.

Raquel Bastazin is a dancer, teacher and choreographer, and above all, a committed and passionate Brazilian woman. She will explain to you how women revolted, asserted themselves, expressed themselves and blossomed through samba. Because you will learn that samba is not limited to dance, it is also a philosophy, a way of being, a language and a means of communicating and uniting. Raquel will introduce you to a part of the history of his country of origin and teach you fun choreographies. You will learn to interpret the sounds of Rio’s favela party, the “Baile Funk”. It is a social and musical movement that “empowers” marginalized people in Brazilian favelas, allowing them to show their culture to the world. Be ready for some sweat and fun! 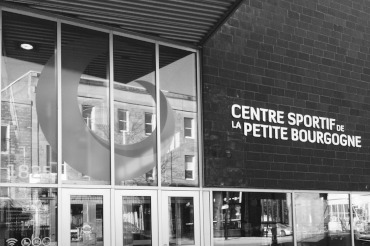 Culture and rhythm of the world workshops

Days: Sunday
Cost: $20 / $35
Contact us
X
NATIONAL PATRIOTS DAY
Please note that the CSPB will be closed on Monday, May 23rd in observance of National Patriots Day.
.
OTHER ACTIVITIES